Most manufacturing facilities have an assembly line where different components or products are adjoined to form the final manufactured product. However, if you own or run such a manufacturing plant, you have to decide between investing in an automated robotic assembly system and utilizing human labor in the assembly process.

It is essential to note that each option has its advantages and limitation. However, from a manufacturing perspective, automated robotic assembly systems have more benefits than the human workforce. Nonetheless, before accepting the above statement, it is essential to look at what makes utilizing automated assembly robots better than human labor.

A manufacturing plant or facility is required to hire a large labor force to meet its production demands. However, hiring a large labor force means paying a hefty wage bill because the more the workers you employ, the higher the salaries expenditure on the company, and a high wage bill often affects the profit margins.

If you eliminate the need to hire human labor in the assembly process, you automatically reduce the wage bill the company pays out. Therefore, with a reduced wage bill, the profit margins should significantly rise.

Irrespective of how large a workforce you hire for the assembly process, you will not match the productivity automated robotic assembly systems can provide. You see, humans are prone to various issues that often halt productivity. For instance, workers need bathroom breaks, smoke breaks, and lunch breaks, plus time for workers to spend relaxing due to tiredness.

Though the above examples only waste a few minutes, in the long run, e.g., after a year, the time spent on such breaks adds up to a few days or weeks of downtime.

However, investing in an automated robotic assembly system can eliminate such downtimes because the assembly robots do not need frequent breaks. Instead, they can work for days or weeks nonstop, thus maximizing your productivity tremendously.

The main purpose of automation is to have a machine conduct repetitive tasks with uniform precision to avoid human error. Humans are prone to get bored or frustrated by performing repetitive tasks for extremely long periods. Think of working at a factory's assembly line from morning till evening doing the same task over and over again for weeks, months, or years. At some point, you are bound to make a mistake that will compromise the quality of the product(s).

Such is the case with most assembly lines that utilize human labor workers get bored or frustrated, and as a result, their minds start to drift away, which results in mistakes because the worker cannot fully focus on their duties.

Thus, to avoid such a scenario, an automated robotic assembly system is your best bet because, with automated assembly robots, you are guaranteed uniformity in assembly quality throughout as opposed to utilizing human labor.

Contact an automated robotic assembly system manufacturer near you to learn more. 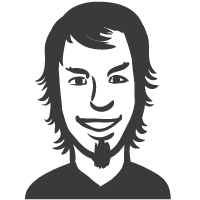 My name is Chris Walters and in this blog you'll learn about the different kinds of machines and equipment that's used to manufacture goods and products. I've always had a fascination for machines and how they work and I've spent many hours doing research about the various kinds that are used in the industrial and manufacturing industries. The types of machines you'll learn about include milling machines, molding machines, lathes, planers and welding machines. You'll also learn about the different kinds of robotic machines that can handle various tasks along the assembly line. I believe that you'll find my blog very interesting and I hope that you'll enjoy learning about manufacturing machines and equipment.